The 27.3km long Semmering Base Tunnel connects the two federal states of Lower Austria and Styria between the towns of Gloggnitz and Mürzzuschlag. The tunnel consists of two single-track tubes, which are currently being excavated and blasted. The construction lot SBT 1.1 extends over a length of approx. 7.5km. A special feature of this construction site is the intermediate access in Göstritz, where two shafts with a depth of approx. 250m were sunk. Work on one shaft was carried out entirely by our miners.
From this intermediate access point, additional propulsions are being carried out in the direction of Mürzzuschlag and Gloggnitz.” 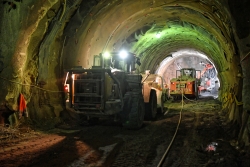 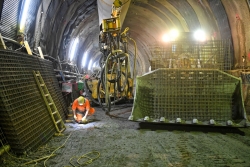 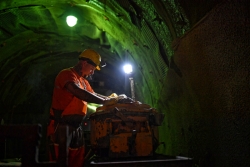 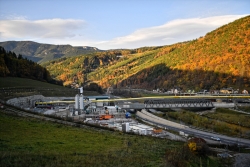 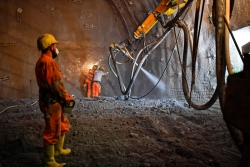 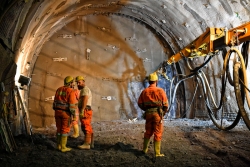 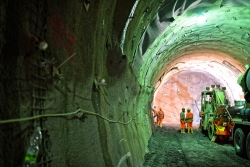 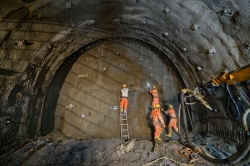 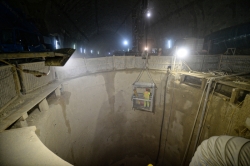 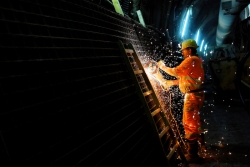 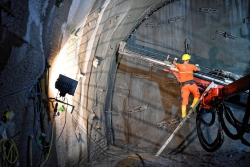 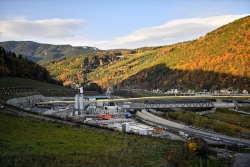